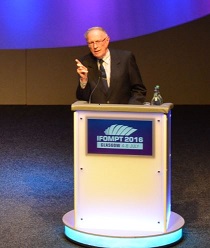 
Congratulations to the recipients of the 2012 IFOMPT Awards as follows:
Geoffrey Maitland Memorial Award - Presented in Absentia to Robert Elvey 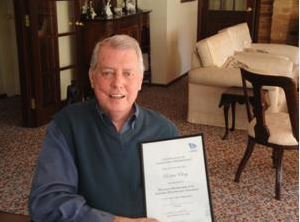 
Congratulations to the recipient of the 2008 IFOMPT Award as follows:
David Lamb Memorial Award - Dr. Helen Slater for her article "Sensory and motor effects of experimental muscle
pain in patients with lateral epicondylalgia and controls with delayed onset muscle soreness."


IFOMPT Special Membership
Special memberships may be conferred by the Executive Committee, or Voting Delegates at a General Meeting, upon persons who have rendered valuable service to Orthopaedic Manipulative Therapy.  Nominations for Honorary Memberships may be submitted by any Member Organisation to the Executive Committee for their recommendation to a General Meeting.  Election shall require the assent of at least two‑thirds (2/3) of the voting delegates at a General Meeting.
The following categories of Special Memberships are available:
(i)            Life Membership
May be granted to physical therapists (current or past members) who have provided outstanding long term service to the Federation and orthopaedic manipulative therapy and who have reached or are approaching normal retirement.
(ii)           Honorary Membership
May be granted  to individuals who have enhanced the Federation or have  rendered valuable service to orthopaedic physical therapy through unique or long term service or have merited special recognition for their work in a parallel field.
(iii)        Patron
May be granted to those individuals and organisations who have made a significant financial contribution to the Federation.
(iv)          Advisor
May be granted to those individuals outside the Federation whose expert or professional services have been a significant contribution to the Federation.
(v)           Consultant
May be granted to those individuals within the Federation who may be solicited to assist with a special task or project because of their knowledge, expertise and experience.